“What is the connection between a group of New Spain Jesuits exiled to Italy in the eighteenth century, the struggles of young pan-Africanists during the period of decolonisation in West Africa, and use of Japanese rice cultivation technology in a Chinese mountain range in the 1980s? This is precisely what we asked ourselves as we made our initial readings of the twenty texts that would serve as discussion material for the first Global History Collaborative (GHC) summer school, organised from the 7th-13th September 2015 in Tokyo and Sapporo. Conceived in April 2014, this project brings together Berlin’s Humboldt and Freie Universities with Princeton University, the University of Tokyo and the School for Advanced Studies in Social Sciences (EHESS) in Paris, for a series of events aimed at discussing the methods and theoretical stakes of global history studies as well as advancing research in this field.

Having left Paris on Saturday morning, we touched down in Tokyo the following day at dawn, under a grey sky that would remain unchanged throughout our trip, thanks to a typhoon that had engulfed the island since the previous week. Far from being mundane, this experience of distance and displacement set the tone for the week to come: intense exchanges on the most diverse subjects possible, with regards to the themes, periods, and geographical regions addressed. Yet, envisaged through the methodological perspective of the question of scale, the vast plurality of these topics was rendered meaningful via the hypothesis that histories – even those that pertain to highly localised or national contexts – can benefit from being read or re-read in the light of global or transnational events. Indeed, it is the complementary nature of these scales (rather than their opposition or uniqueness) that provided us with a means to discuss these topics together. In other words, in line with the work of Jacques Revel and Carlo Ginzburg, we shared a common interest in changing scales from within the same approach.

Over five days, the doctoral students and colleagues of the four institutions dedicated one hour of thorough, collective discussion to each student’s project. Without a doubt, one of the most interesting aspects of this experience was the chance to put our research subjects to test – along with other topics of general debate – during a series of seminars that brought together interlocutors from differing historiographical backgrounds. Through encounters between young researchers trained in Japan, the US, France and Germany, including economists and cultural historians, and specialists of the Indian Ocean or Africa, the “collaborative” aspect of the summer school also contributed to our acknowledgement of our own positionality – the place from which we write or speak (to take up a concern that was dear to the sociologist P. Bourdieu).

The quality of these exchanges would surely not have been the same without the intimacy and bonds of trust and friendship that we developed over a week of communal living in local ryokan, sharing tatami-matted bedrooms, food, and even baths!

It was a real privilege to take part in the first chapter of this experience, which, we hope, is only the beginning of future intellectual and global collaborations.

The next summer school will take place in spring 2016, from 7th to 15th May, in Princeton. The call for application is now open.”

Reports in French and Japanese have been published on the following pages: 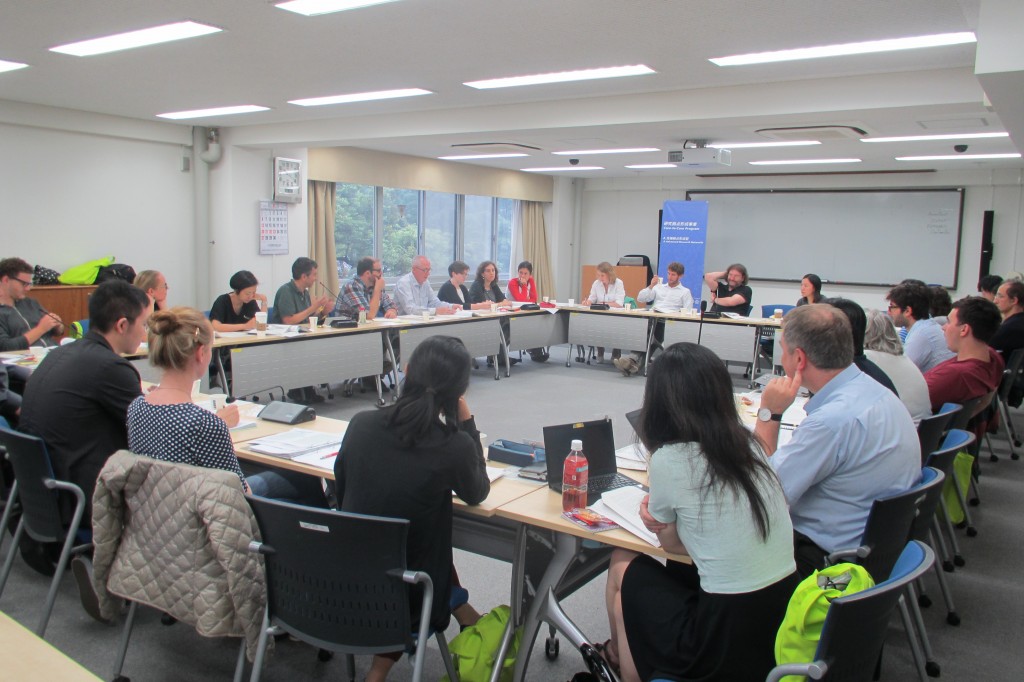 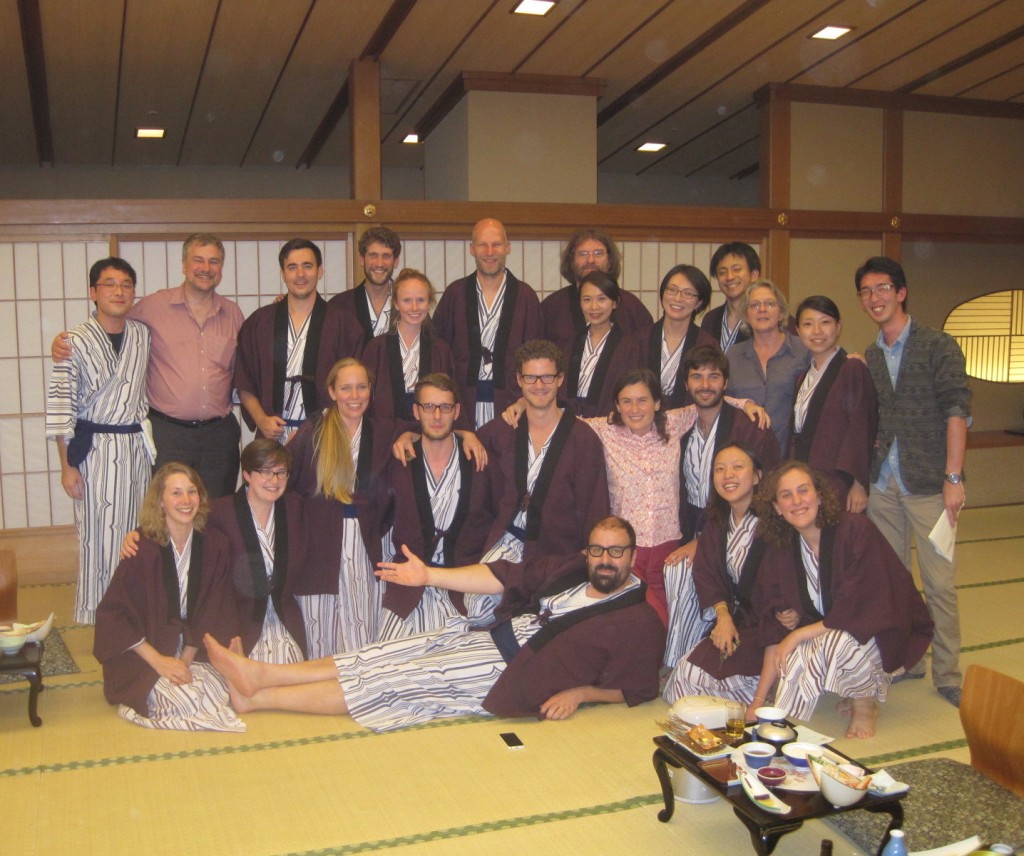 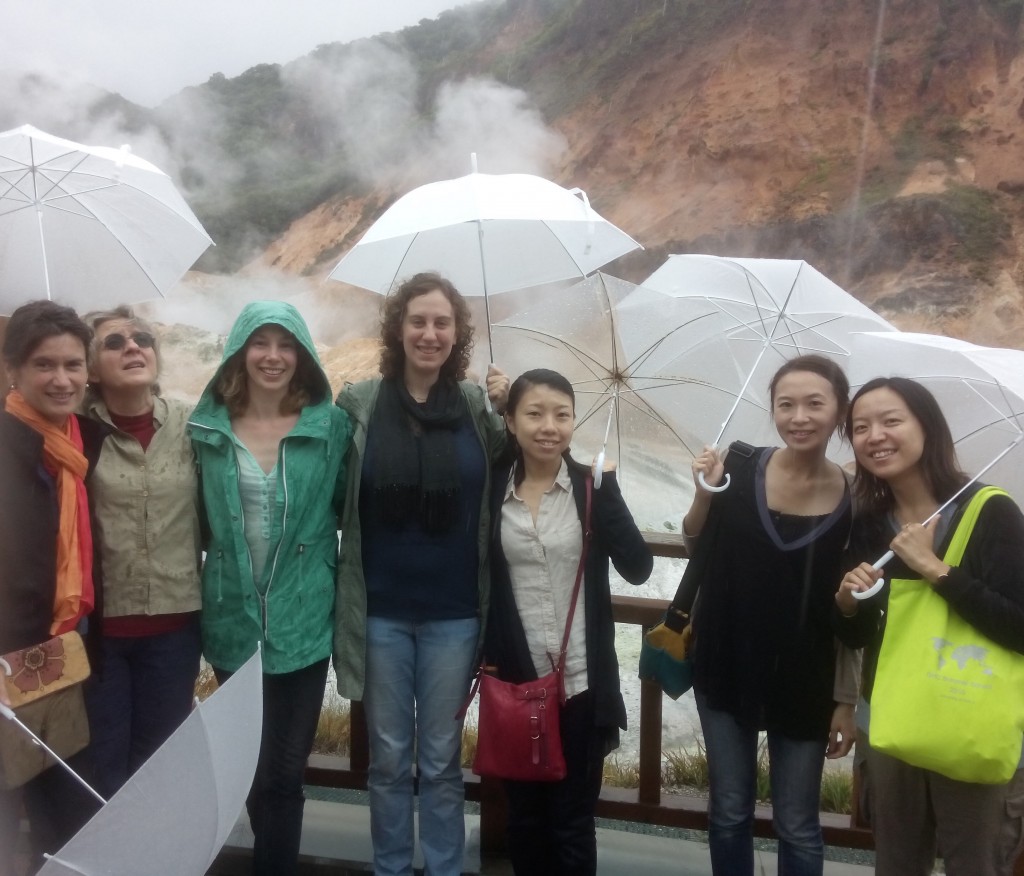